As you know by now, your donations have a direct impact on many aspects of the lives of our sponsored kids. One of the initiatives supported by the Ottawa Senators Foundation is Roger Neilson House, which helps sick children and their families in many ways. RNH also has the S.I.B.S. program — Spectacular Incredible Brave Siblings — which helps the brothers and sisters of sick children cope with the emotions that these difficult situations can provoke. What follows is the story of Sam who, sadly, is no longer with us, and his family, who benefited in a big way from the Foundation’s support.

______________
Tay-Sachs disease may have left six-year-old Sam Leveque unable to see, speak or move, but he never lost the powerful, loving bond he had with his two sisters.

“Sam-bo had a secret language,” recalls 11-year-old Gabi Leveque of her brother, who passed away in June 2016. Her mother, Micheline Leveque, describes it like the purr of a cat.

“We figured out what he was saying [through his sounds],” says Gabi. He would tell us, ‘I need water,’ ‘I’m hungry’ or ‘leave me alone.’”

Gabi and her nine-year-old sister Holly Leveque giggle as they recall how Sam would also send a message – loud and clear – if he tired of his physiotherapy exercises, by stiffening his arms and legs and not saying anything at all.

Born in 2010, Sam was the third child to be welcomed into the Leveque family. When Sam was about a year old, his parents noticed he wasn’t progressing as expected, so they were referred to the Children’s Hospital of Eastern Ontario (CHEO).

Around 18 months – when he started having seizures and was rushed back to CHEO – Sam was given a heart-breaking diagnosis. He had Tay-Sachs disease, a genetic disorder that results in the destruction of nerve cells in the brain and spinal cord. The doctors didn’t expect him to live past his second birthday.

During the three-week stay that followed, Sam’s family was introduced to Roger Neilson House (RNH), a hospice for pediatric palliative care built on the grounds of CHEO. Husband and father Jerry Leveque admits that right after his son’s shocking diagnosis, he wasn’t receptive to the idea of RNH.

“I didn’t want anything to do with it,” says Jerry. “It was a spot you went to at the end.”

In the years that followed, Sam was cared for primarily at home – with the incredible support of cousin Joan Fitzgerald and many other friends and family. He had intermittent visits and short stays at CHEO that were overseen by Sam’s truly remarkable pediatrician, Dr. Rowan-Legg. Over time, his parents slowly began to open themselves up to the staff at RNH.

“Over the years, Sam declined and their presence made more sense as things progressed,” explains Micheline, adding that every time they came for a CHEO appointment, the staff from RNH would show up to speak with them.

One of Micheline and Jerry’s concerns at that time was how Sam’s two sisters would handle their brother’s illness.

“After the worry and shock of Sam’s diagnosis subsided a little bit, our big worry was how they would cope and deal with it,” says Jerry.

In early 2015, the family learned about a new RNH program called Spectacular Incredible Brave Siblings (S.I.B.S.). Made possible through funding from the Ottawa Senators Foundation, the S.I.B.S. program supports the siblings of children with life-limiting illnesses. S.I.B.S. recognizes that siblings can be an “invisible population,” suffering in silence while dealing with the same amount of worry and stress as a parent. The program creates a safe environment for siblings to receive support from peers going through similar experiences.

The girls started attending S.I.B.S. Club every month, making the three-hour drive from their home in Maynooth, Ontario. Under the supervision of S.I.B.S. recreational therapist Katt Brooks, Gabi and Holly would play games, bake and make memorable art projects.

“She [Kat] filled water balloons with paint and she put a big, long piece of paper on the ground and you got to whack it,” enthuses Gabi. “For each balloon, we’d have to say an emotion we felt.”

The kids also made ‘Shields of Positivity’ and discussed the importance of looking for the good, even in negative situations. Holly remembers learning to play ‘Twister’ but with emotions; you had to talk about a time when you felt an emotion when you landed on its corresponding sticker.

“It was an outlet for them – a safe place to go and talk about how they were feeling without worrying Mom and Dad,” says Micheline. “I think sometimes they were having so much fun they didn’t realize that they were actually learning all these coping skills to be able to handle what was to come.”

Both girls remember a game called ‘Doctor Jeopardy,’ when staff members from CHEO would come in and answer any medical questions for the S.I.B.S. Club participants.

“We all had to pledge that we wouldn’t tell anyone what anybody else said,” explains Gabi. What happens at S.I.B.S. Club stays at S.I.B.S. Club, although Kat would give parents a sheet from each session so they were aware of the themes that were being discussed.

Back at home, both Gabi and Holly were actively involved in Sam’s daily care. Since he had a lot of secretions, Sam had trouble swallowing. The girls would perform percussions – a type of physiotherapy where you’d tap on his back to help loosen things up. They would also help feed him using a gastrostomy tube (or G-tube), inserted through the abdomen in order to deliver nutrition directly to the stomach.

“They would give him his water very slowly – Holly was really good at that,” says Micheline.

But most importantly, they made sure that Sam felt loved – each and every day he was here. Gabi and Holly loved to start off their day with some playtime with Sam.

“You always knew when the girls had been up playing with Sam before Mom and Dad got up because there would be cars and giant pillows,” says Jerry, adding that the girls loved to put stuffed toys all around Sam in his bed. “He’d be nearly buried in teddies and stuffies.”

Right after coming home from school, the girls would crawl in beside Sam and talk to him.

“Sometimes they just lay there with him,” says Micheline of the girls. “Although I’m sure they were whispering things in his ear that I couldn’t hear.

“Gabi once told Kat that the good thing about Sam was that you could tell him secrets and you knew he wouldn’t tell anyone.”

Looking back after the loss of a child is certainly never easy, but Jerry and Micheline are full of gratitude for the support they received from CHEO, RNH and the S.I.B.S. program.

“We have nothing but good things to say,” says Micheline. “It’s so moving to know that they care as much as you do about your child.

“You put your whole trust in these people with your baby.” 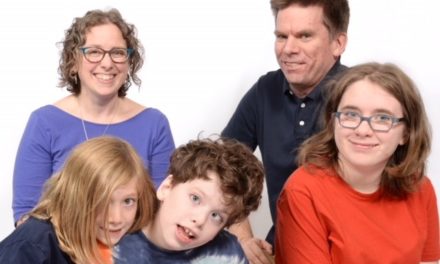 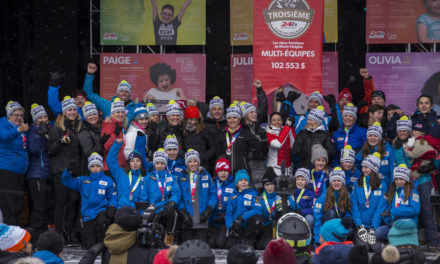 The Vieux Bambous ; a story of hope and love