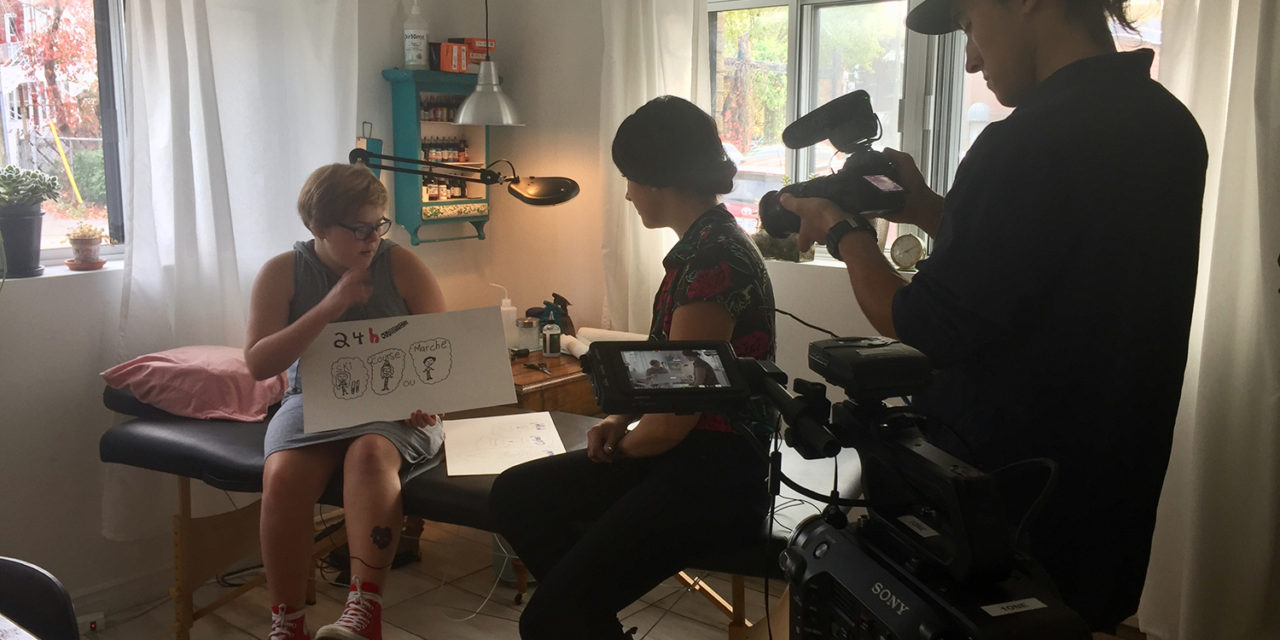 Learning that your child is ill is perhaps one of the most daunting challenges a family can face. In Eve-Marie’s case, frequent vomiting and problems with vision and balance proved to be warning signs of the diagnosis that would change her life: a brain tumour. As her parents recall, “… it was a huge shock, the end of the world, horror.” 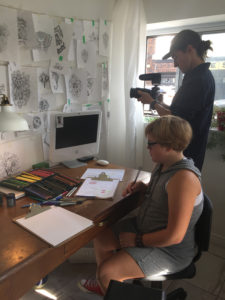 Fortunately, the Centre de cancérologie Charles-Bruneau at CHU Ste-Justine came into the lives of the Nicole family; that was where they found hope. Just three decades ago, a diagnosis of pediatric cancer would have been a death sentence. Today, thanks in part to the donations collected by participants in Tremblant’s 24h over the years, research has led to rapid strides forward in treatment. More than 80% of childhood cancers can now be eradicated. Now, rather than waiting and fearing the worst, a child can dream of a healthy future.

A few weeks ago, Ève-Marie agreed to be recorded as she met with Émilie Huot, who works as a professional tattoo artist – Ève-Marie’s dream job! In that intimate conversation, the girl, who is wise beyond her years, shared the realities of her life with cancer.

Until now, research has led to new medications for Ève-Marie – and who knows, maybe one day it will lead to a better treatment or a way to restore the sight she’s lost in one eye.

The funds raised for Tremblant’s 24h also stand as symbols of hope that Ève-Marie might someday realize her dream of becoming a professional tattoo artist. 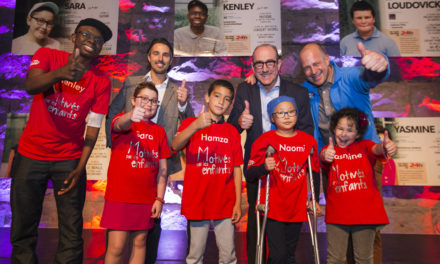 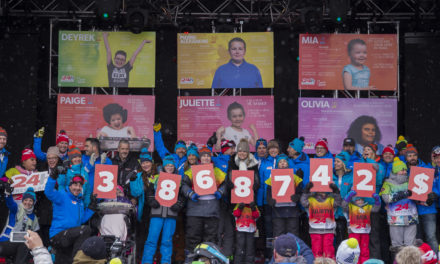 A Record Year for Tremblant’s 24h! 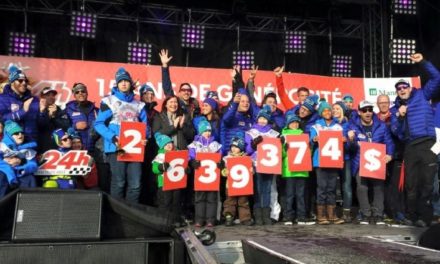 Tribute to Borden Hum, a 24h donor and hero